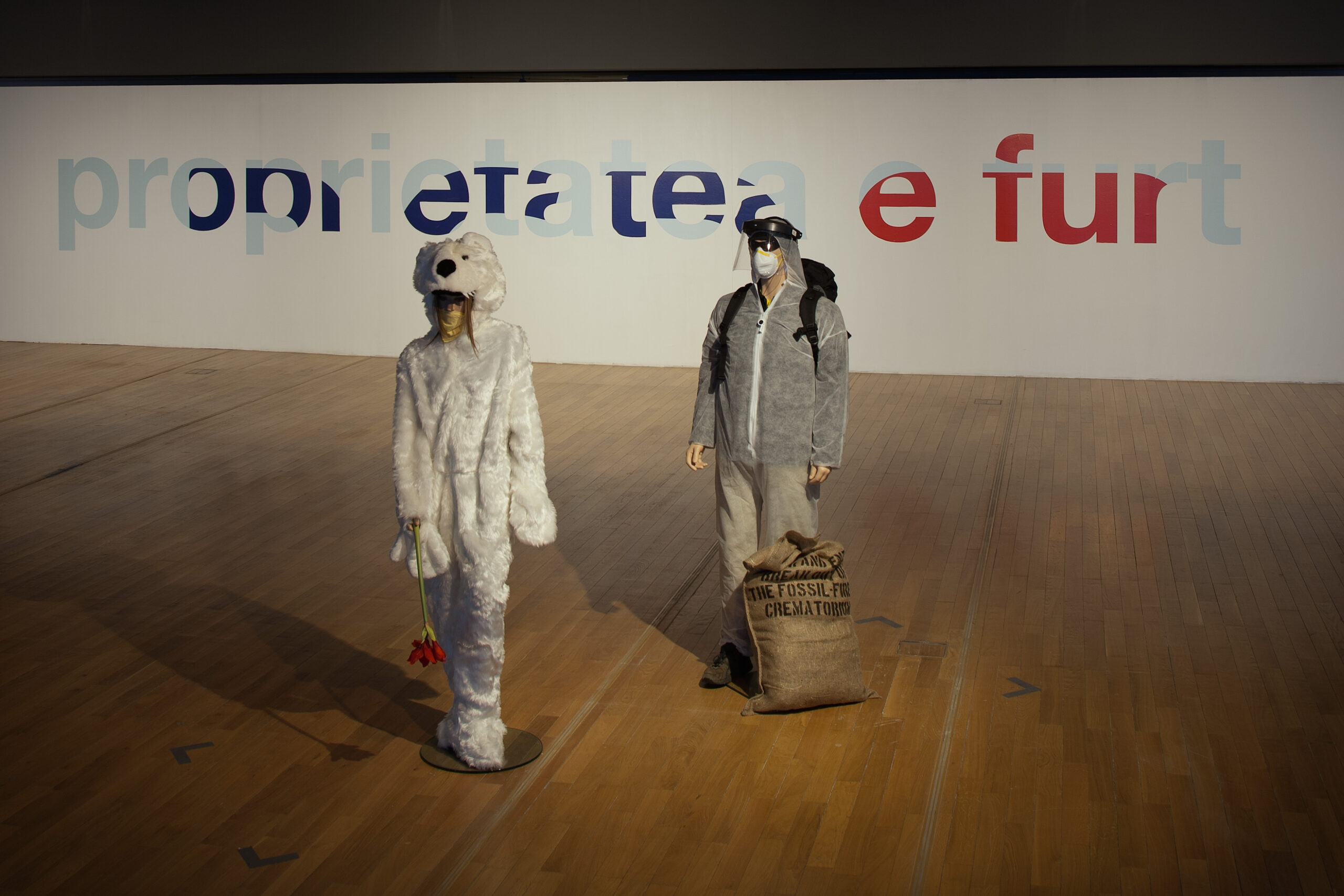 Human survival is at stake due to the global ecological catastrophe, yet public outcry for immediate action remains strangely muted, at least within official politics and media.

Meanwhile, a new social movement – the climate movement – has formed in response to dominant states’ refusal to cut CO2 emissions. This movement is bigger and more unified than it looks because spectators see only occasional footage of isolated “newsworthy” interventions rather than the relentless pressure exerted by activists all over the world.

New Model Army breaks the official silence, bringing spectres of the unseen climate movement protagonists into the gallery in the form of life-size mannequins. The mannequins stand in for activists whose civil disobedience ensures that no new eco-looting enterprise, however routine it may seem to stockholders, can ever be considered a done deal. These models are not even a perfect template or paradigm: something real but not yet real enough; a container of the Geist of something still to come. The mannequins are stand-ins, visible cyphers for the unseen action of the climate movement everywhere.