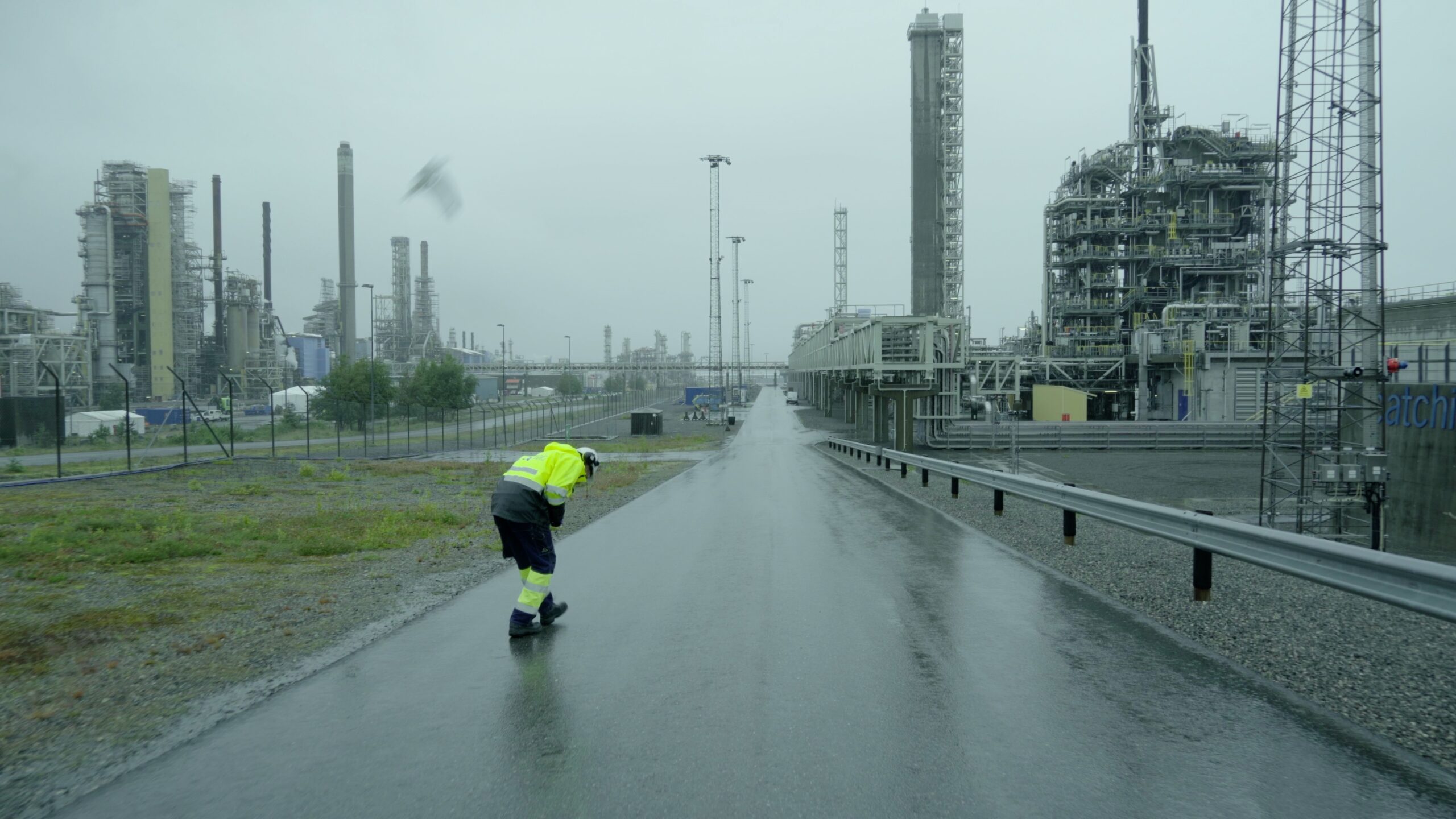 For decades, nations and politicians have not decarbonized the economy. Oil corporations have funded climate change denial for a quarter century while their own scientists plied them with proofs of disaster. While most people feel the effects of climate change, oil corporations are now pushing for the generalized use of technical procedures that would allow them to continue extracting oil whilst claiming to be sustainable. The film’s title refers to humanity’s “captivity” within the logic of capitalism, which seems to carry extractivism onward to the point of no return.

Carbon capture and storage (CCS) is presented as technofix to prevent catastrophic global warming. The idea is to extract carbon dioxide in the refinery process and to transport and store it in sub-seabed formations. But CCS remains an immature technology: investigations showed cracks in North Sea seabed rocks where carbon was stored in field tests. It also requires massive energy and is too expensive to be applied on a global scale. The world’s largest facility for testing carbon capture technologies is the Technology Centre Mongstad (TCM), in Norway. This film, recorded on location, shows how the large-scale introduction of CCS would deepen our dependence on the fossil fuel industry.