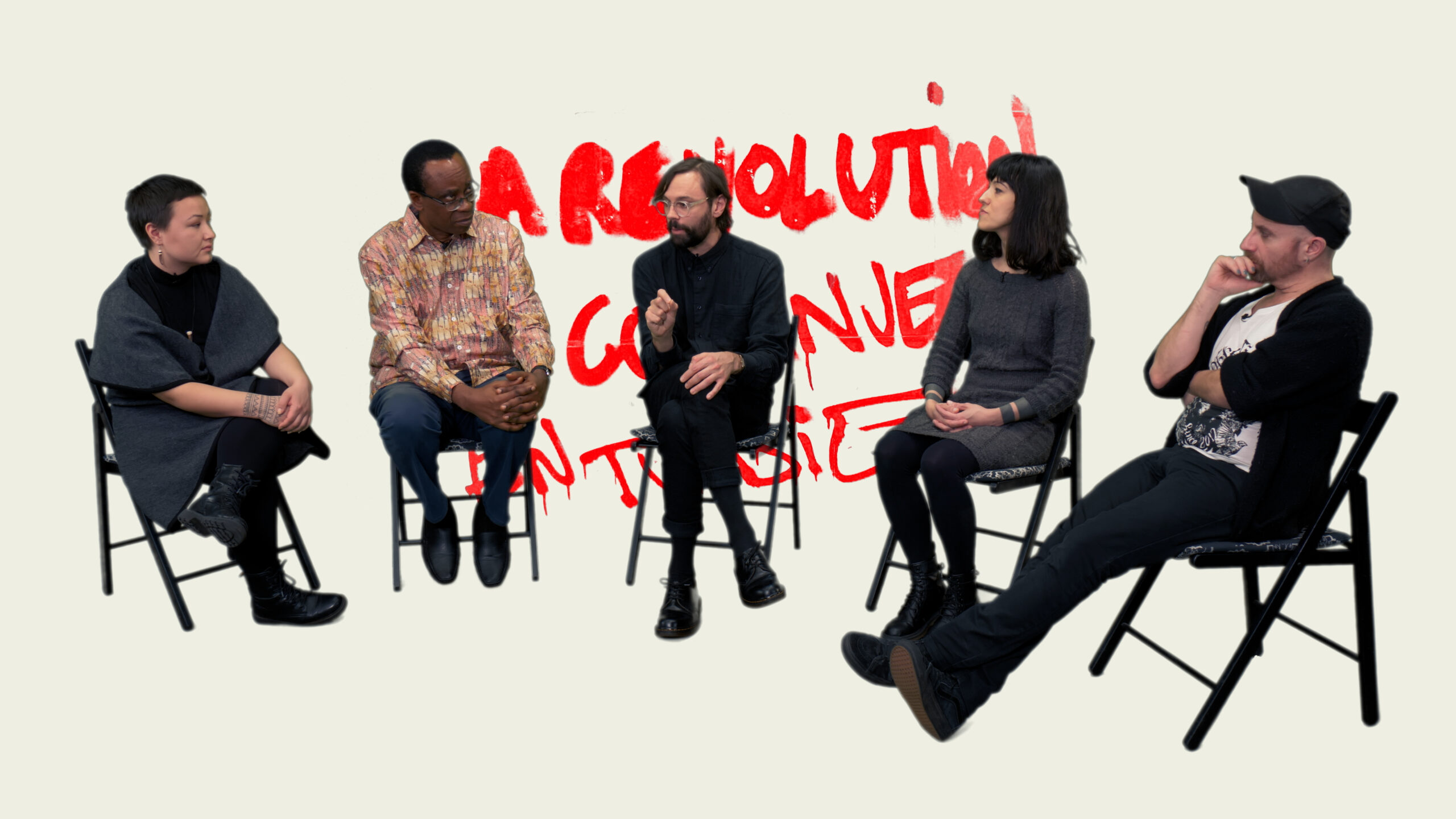 The film focuses on artists and climate activists Nnimmo Bassey, Jay Jordan, Steve Lyons, Marta Moreno Muñoz, and Aka Niviâna who participate in a filmic round table discussing their role within social movements and within climate justice movements. They debate the importance of deconstructing the separation between artists and activists, the necessity to learn from indigenous movements, the necessity to refuse biased positions when it comes to discussing nonviolent or violent tactics of resistance, and the capacity to work outside institutions, while at the same time being able to bring struggles for democracy into the institutional space. The film alternates images of the five speakers with excerpts from direct actions organised by climate justice movements.

Barricade Cultures of the Future