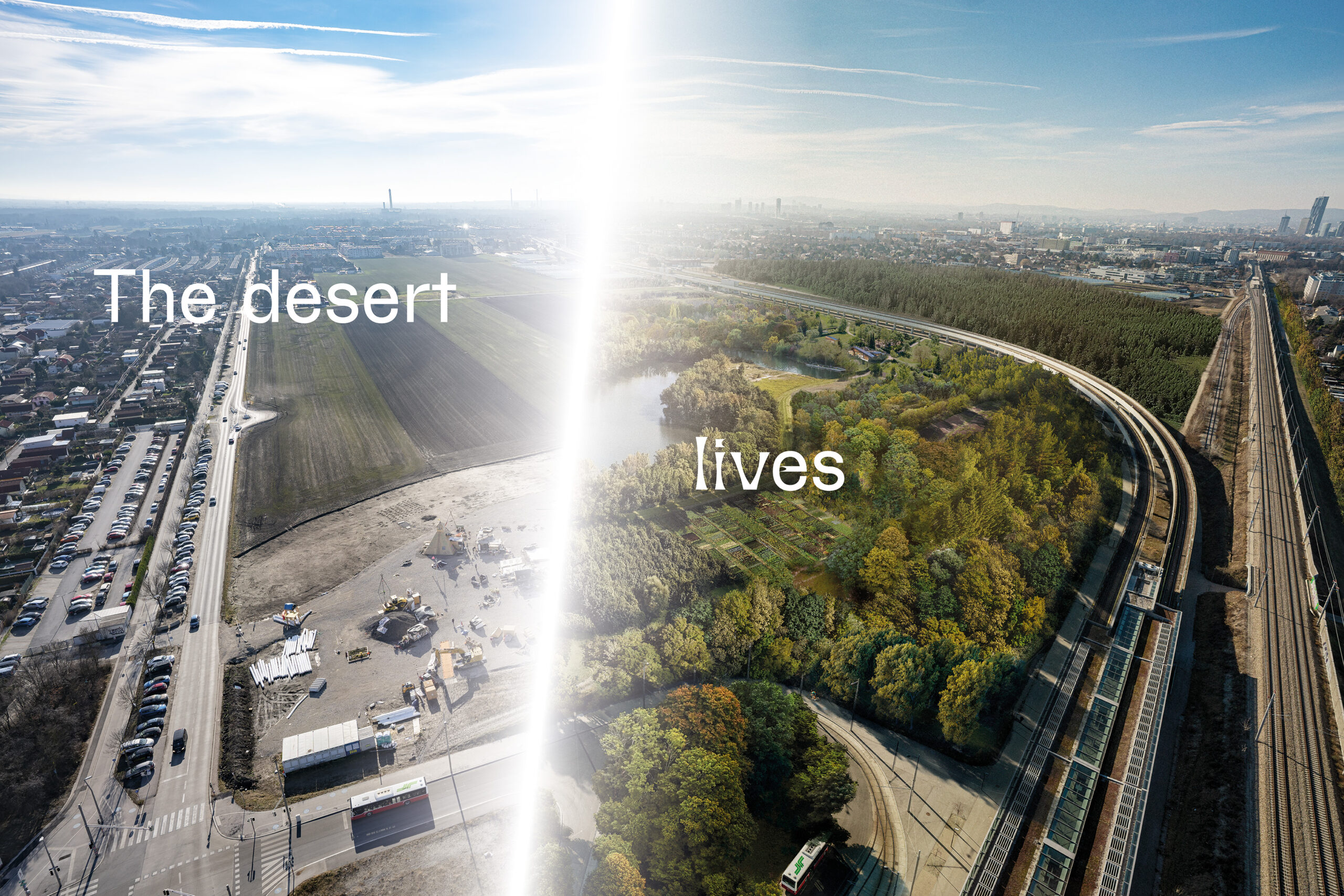 The work brings into focus a recent famous occupation in Vienna (where the artist lives and works). In order to prevent the construction of an urban highway, activists occupied construction sites for five months. At the U2 station Hausfeldstraße, in the Donaustadt District of the Austrian capital, they blocked construction machines and built wooden buildings to maintain the occupation through the winter. On February 1, 2022, the police evicted the activists, and during the action 48 people were arrested. Ressler asks, what if it would be possible to redesign the area at the station according to the ideas of the climate activists, and beyond the capitalist urban highway?