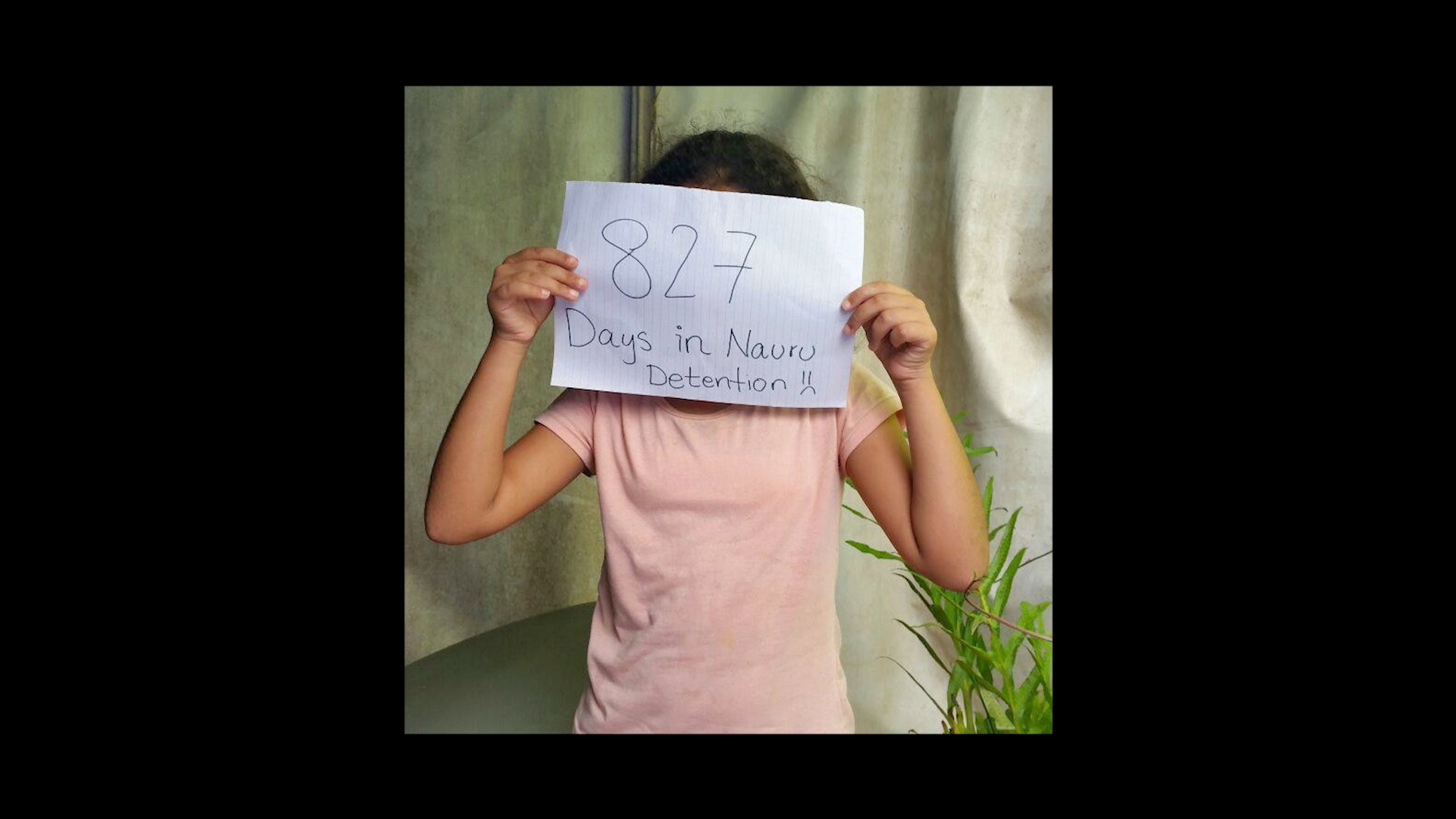 The film focuses on Nauru, a small remote island in the Pacific with 10,000 inhabitants. “Anubumin” means “night” in Nauruan, symbolising the darkness that surrounds the island. The film combines a poetic narration and conversations with whistleblowers in Australia. The narration discusses different voids that have shaped the island’s past and future. Firstly, a physical one, as the island consists of calcite and phosphate, which since 1906 have been mined and exported to Australia, to fertilise the former colonisers’ farms. When phosphate extraction came to a stop in the 1980s, Nauru was bankrupt and 80 per cent of the land area uninhabitable. In the 1990s, Nauru became a prime money-laundering haven.

Today Nauru is involved in the “disappearance of people” – housing one of Australia’s offshore refugee detention centres, where access is restricted. Four whistleblowers, who worked as doctors and nurses in the detention centre, describe the institutionalised human rights violations in offshore detention. Today a new void threatens the island, rising sea levels threaten the coastal edge, which is the only area left for its inhabitants to live. The people who warden the political and economic refugees of today may well become climate refugees of tomorrow.