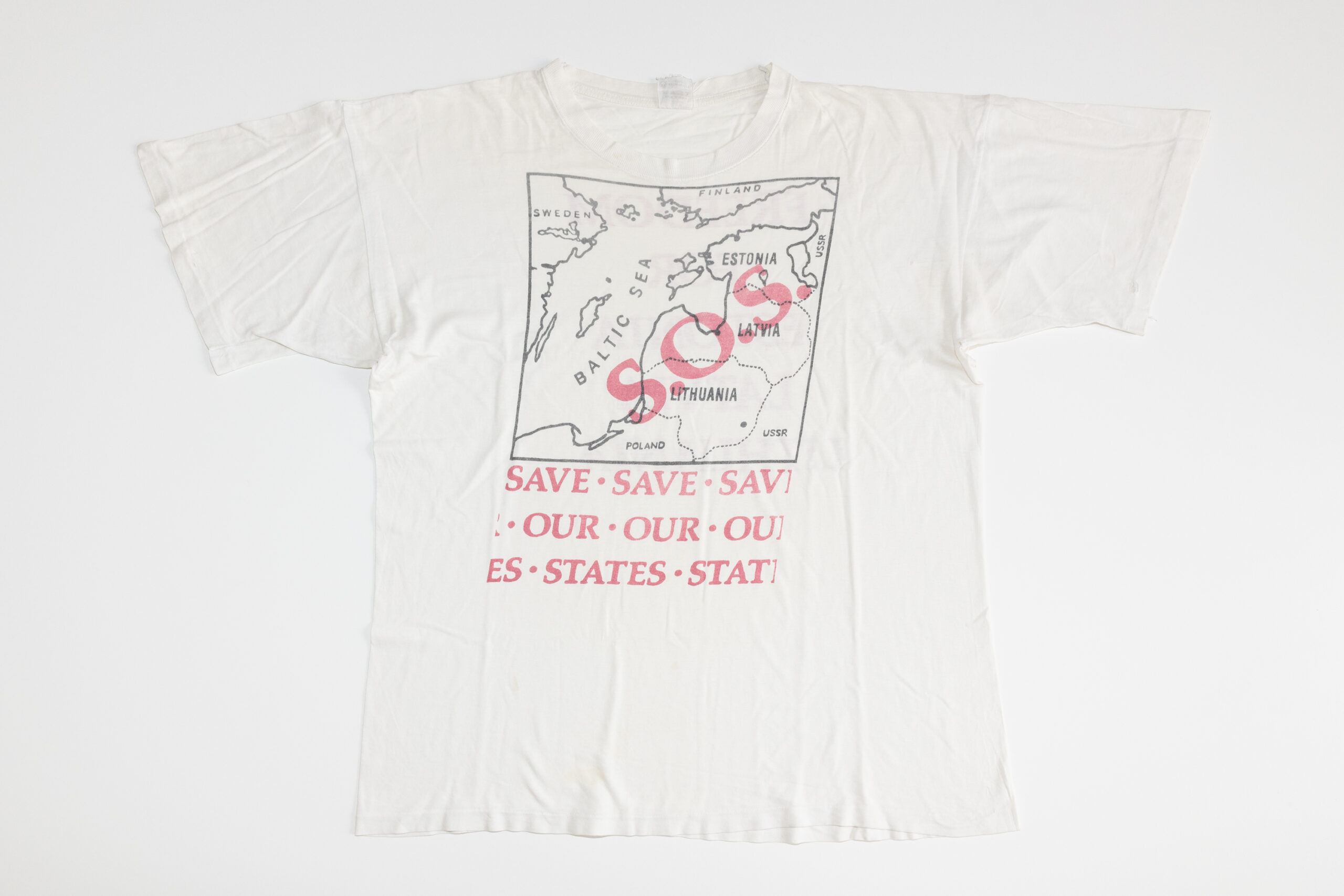 Expatriate Estonians often have a passionate and idealised relationship with their former homeland. Like Estonians living in Estonia, they too are emotionally involved in the political development of their native country. During the Singing Revolution, self-made shirts with political slogans circulated on both sides of the Iron Curtain. For example, the shirt with the slogan “SOS. Save Our States. Freedom for Estonia, Latvia, Lithuania!” was probably printed in 1985 in New York. The same slogan also appeared as graffiti on the Berlin Wall in the second half of the 1980s.

During the 1980s and 90s, the expatriate Estonian artist in Toronto, Peeter Sepp, produced several shirts carrying political messages. In addition to the “Terra Baltica” shirt exhibited here, one copy of which is also in the collection of the Estonian History Museum, he designed the shirt campaigning against the Molotov-Ribbentrop Pact with the slogan “Repeal the Deal” as well as the shirt with the text “Hoiame kokku – Saame vabaks” (Estonian for “Let’s Stick Together – Let’s Become Free”). Sepp distributed his shirts at demonstrations and gave them to Estonians who were visiting Toronto.