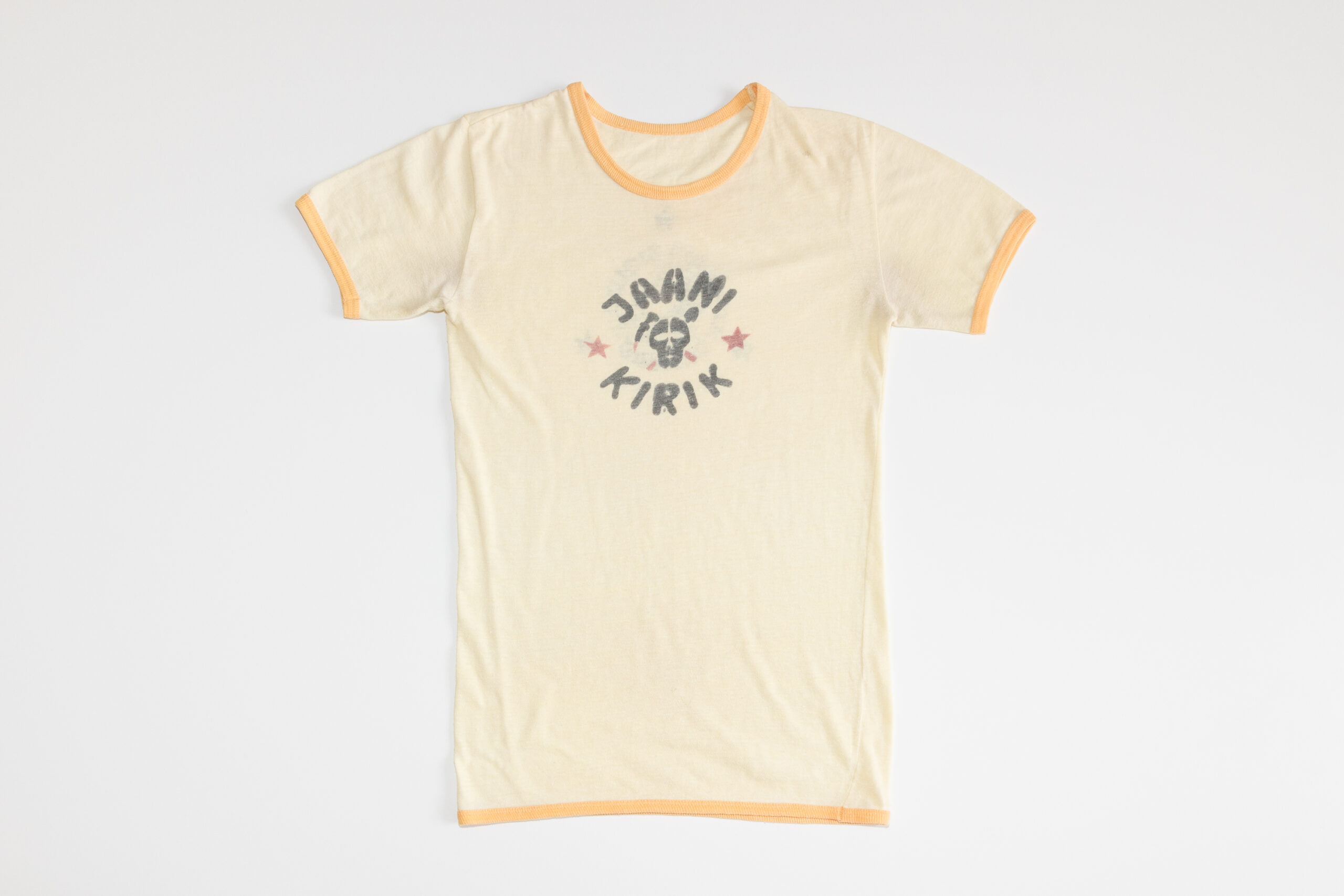 Before the world was flooded by designer and band shirts and other graphic shirts, people had to make their own colourful shirts. For instance, in the 1960s the Asian tie-dyeing technique called batik became popular among the hippie youth in the West for creating psychedelically vibrant T-shirts. In Soviet Estonia, any means available at the time were used to transfer images onto shirts. T-shirts were hand-painted at home, and self-made templates were used to imitate trademarks. The more entrepreneurial would set up screen printing workshops and copy Western goods. Compared to the West, the Soviet DIY culture was not so much about self-assertion as a practical need in the conditions of deficit. Nowadays, anyone can of course order a shirt with a custom slogan online.

The yellow shirt with a hand-painted slogan “Jaani kirik” (Estonian for “St. John’s Church”) was worn by a student of Viljandi Vocational School No. 4 during archaeological practice at the excavations of Viljandi Franciscan monastery in the summer of 1979 and 1980.

The red shirt with a silkscreen image and the text “Surf” is a good example of pirated shirts that became widespread in the late 1980s, featuring Western images copied from magazines and elsewhere.

Artist Marco Laimre probably made this white shirt with the slogan “Wolf Kriimsilm International Fan Club” in 1991, when he heard Koit Raudsepp on Estonian Radio talk about the international fan club of the Estonian drummer Gunnar Graps. The hand-painted shirt is a kind of parody of band shirts, at the time posing questions about opening the newly re-independent country to the West, and about the exact meaning of “international”.

The former President of Estonia, Toomas Henrik Ilves, wore this T-shirt with the text “NO selfies today” at Viljandi Folk Music Festival in 2014. With this self-ironic commentary he referred to a selfie made under the Singing Arch at the Song Celebration a few weeks earlier.