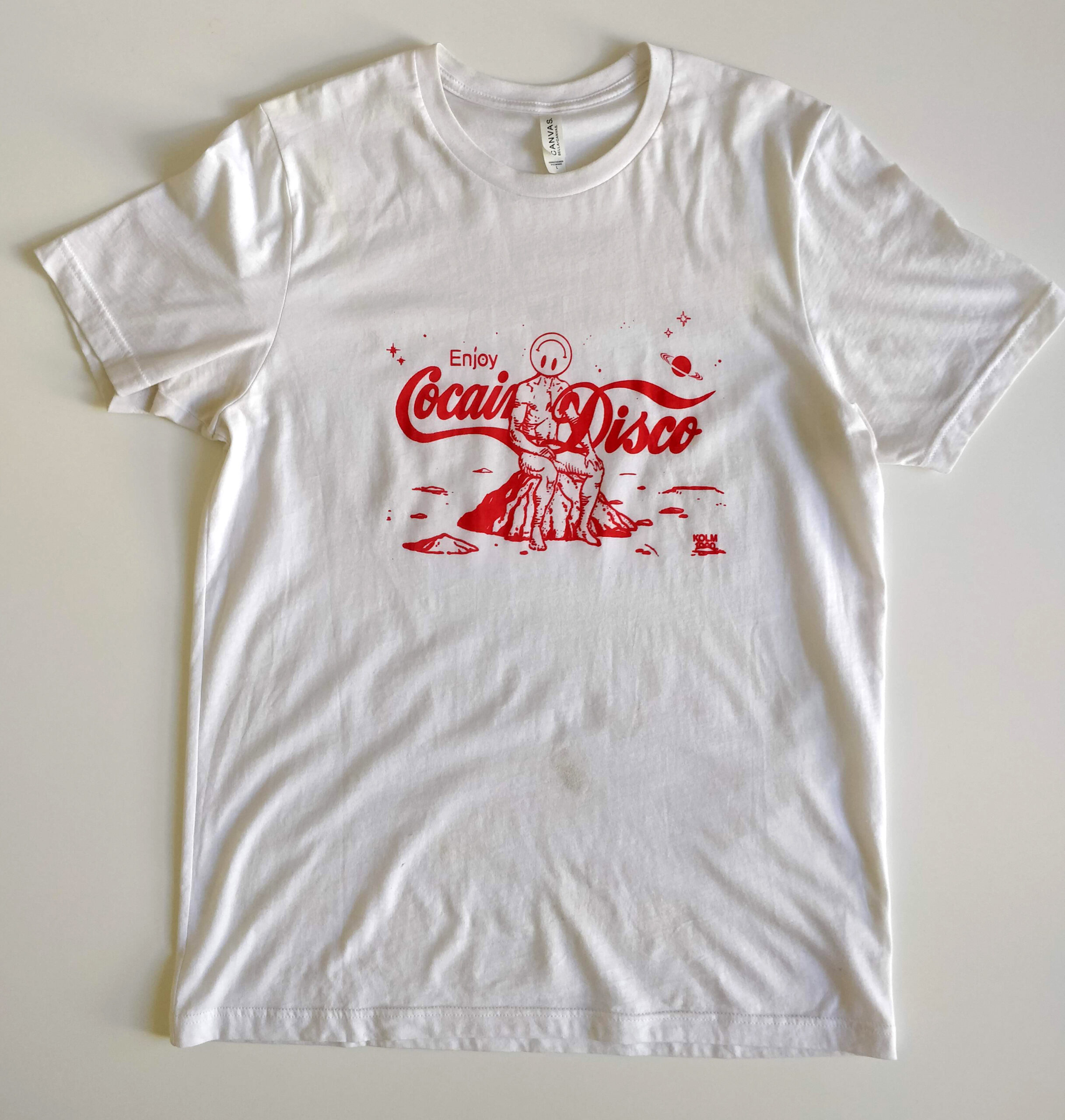 The subcultural movements in Estonia could be thought of as global subcultural phenomena that have adapted to the sphere of influence of Estonian social development and acquired a unique identity here. The most characteristic feature of subcultures is their constant variability and development depending on society’s taste preferences. As a cultural phenomenon, the T-shirt has quite a few things in common with the movements influenced by subcultures: they both expand into an imperceptible field of cultural production characterised by visual and material abundance and constant transformation. We can revisit the several clusters of themes represented at the exhibition as common denominators between subcultures and T-shirts:

Design (Vivienne Westwood and Malcolm McLaren, Laivi): movements influenced by subcultures and fashion have always borrowed from each other; fashion often draws inspiration from the street.

Disney shirts: T-shirts with Disney characters were abundant in the punk culture of the 1970s.

Political and rebellious messages are prevalent in many subcultures.

Appropriation: Movements influenced by subcultures have always loved to appropriate the dominant images of mass and consumer society, and to add their own twist. The Johann3000 shirts represented at the exhibition have hijacked well-known signs and shapes, and in doing so created a new semantic field. The small run and specific distribution area give these shirts a strong feature that mark a sense of belonging. It is part of the lifestyle of a society that brings together underground music and nightlife, rather than a desire to make an economic profit.

What is worth preserving? This time we are showing the camouflage T-shirt of a Tartu skinhead, which belongs to the collection of the Estonian History Museum, with the DIY-style emblem “SKINHEAD” on its sleeve, reflecting the sense of belonging and protest.