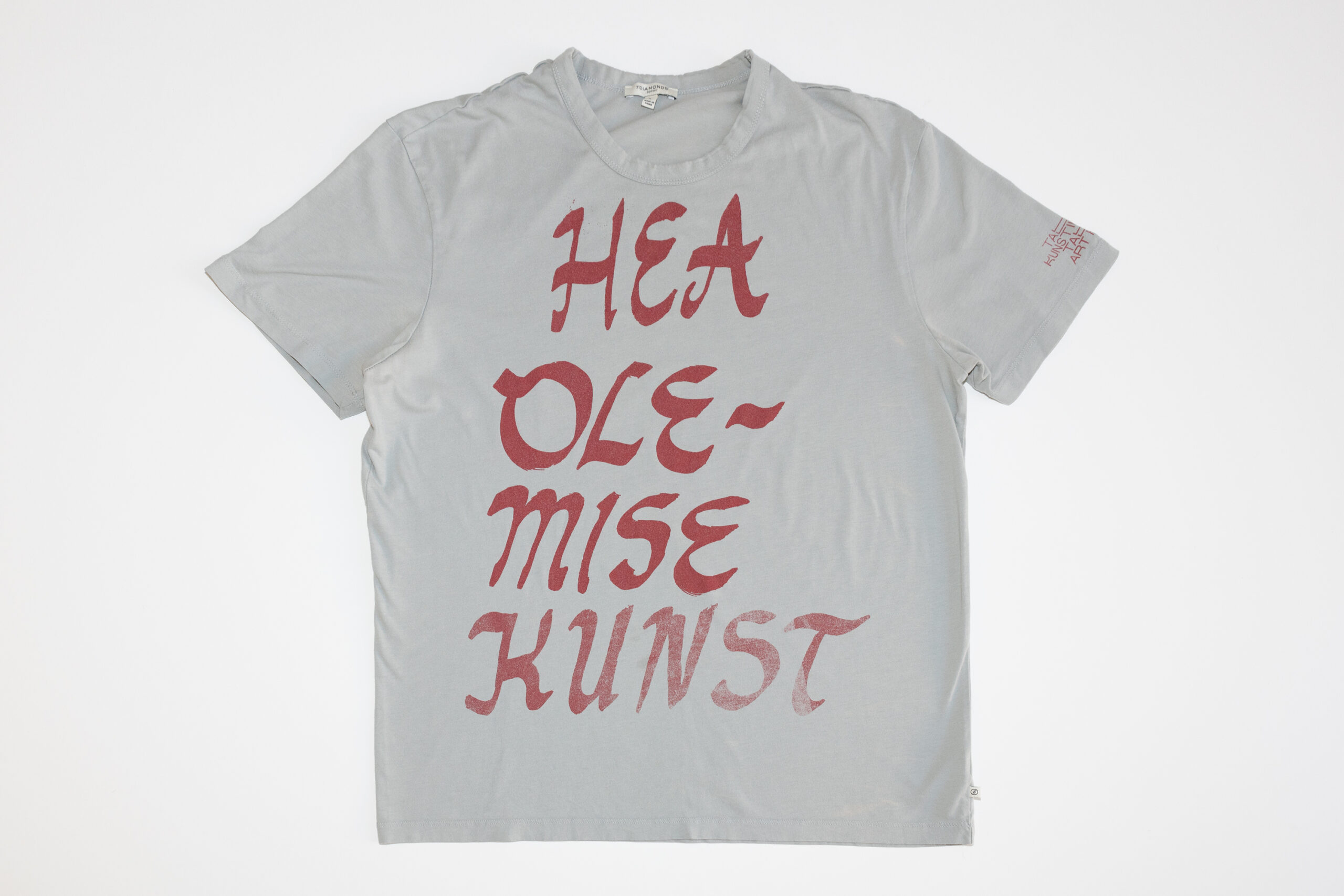 Artists all over the world have designed T-shirts for their projects – mainly as props and parts of installations, but also for sale. Artists often aim to tactically exploit the T-shirt as a democratic and widespread medium by shifting or criticising it. One such exhibit is the pirated shirt designed by Johannes Säre in 2008. As part of the exhibition of the Estonian Museum of Contemporary Art, Oi!EMO, he hosted a workshop where everyone could take a shirt from the pile and transfer some well-known brand logo onto it using spray paints and stencils.

Carl Robert Kagge designed and printed a series of recycled shirts in the exhibition The Art of Being Good (2019) at Tallinn Art Hall. The exhibition was an attempt to prepare an international art exhibition at a cost close to zero. In this context, the aim was to use recycled shirts to question and shift the usual merchandising habits of large cultural events: one exhibition, one catalogue, one cotton tote. The organisers tried to keep from producing anything new.

In 2005, Kertu Ehala and Ave Teeäär made a small run of blue and red T-shirts, on which they printed phrases from the outdoor advertisements for the tabloid newspaper SL Õhtuleht. The blue shirt featured a quote from Kerttu Olmann-Mõis, wife of the Estonian politician and businessman Jüri Mõis: “I am not going to live at the expense of a man!” The red T-shirt, also displayed here, features the phrase “Whose dress became the winner?”, referring to the so-called Penguin Parade of the Estonian Independence Day reception of the President. They distributed the shirts to friends and for a while also sold these in the Nu Nordik design store which was located on the ground floor of the Tallinn Art Hall building.