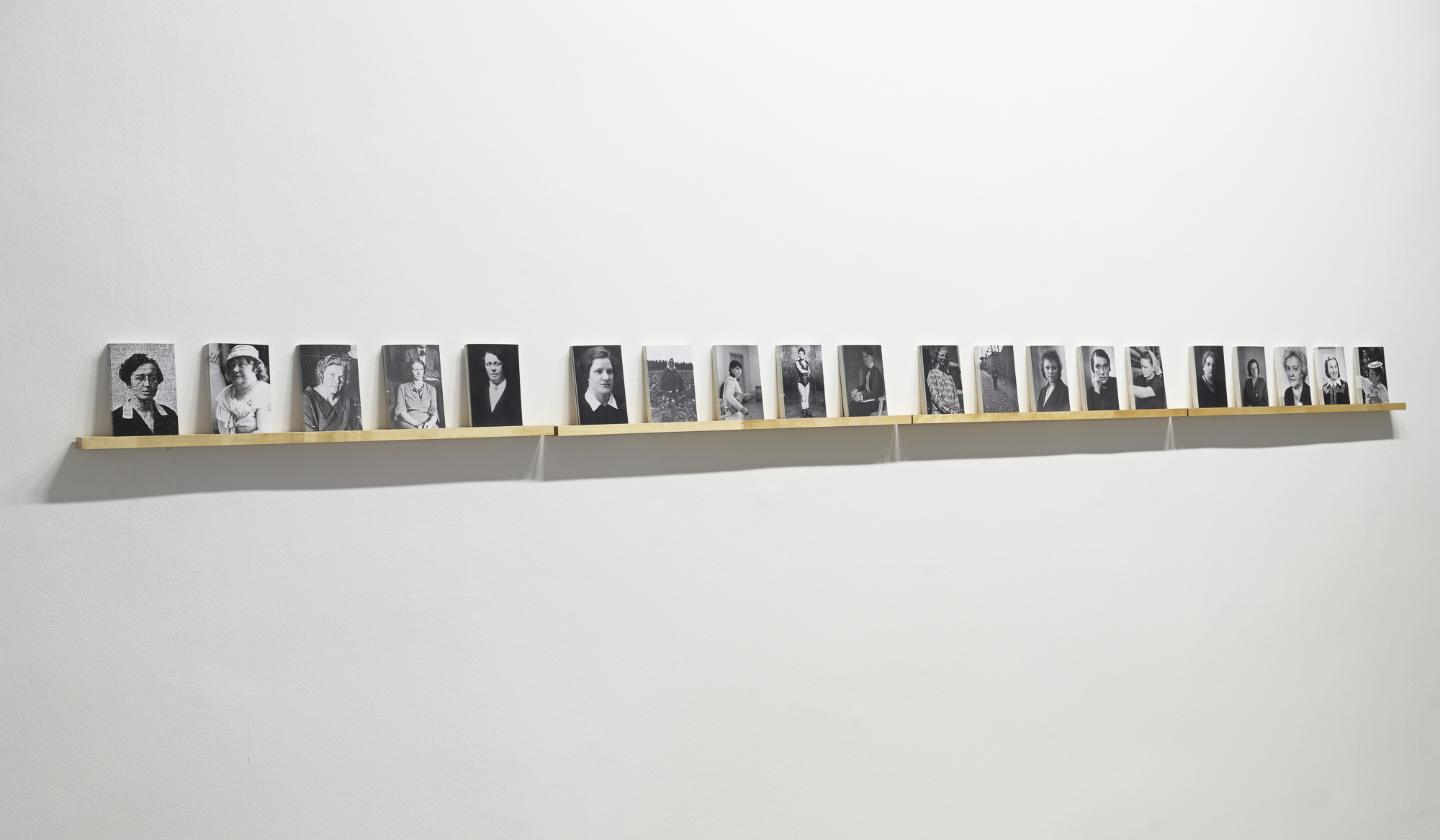 The installation 1st or First addresses social inequality by recalling women role-models that have taken on diverse roles in Estonian history and society. The series of postcards features photographs of women who have gone down in Estonian history, as the first female person in a certain profession (e.g. architect) or in a field (e.g. Olympic winner). The rise of women in many positions has been difficult and only became possible at an accelerated pace during the 20th century. The viewer is invited to take a postcard and send it to friends or relatives. The postcard functions as a channel that, due to its old-fashioned nature, recalls the long history and institutionalisation of gender inequality, and on the other hand marks the continued need for communication, allowing its message to be disseminated. The postcards are displayed on a shelf made of birch, conceptually related to the theme of the installation. The shelves are made of birch glulam, which adds a greater emphasis to the message of archaicness and institutionalisation, as birch is related to femininity in Estonian culture.