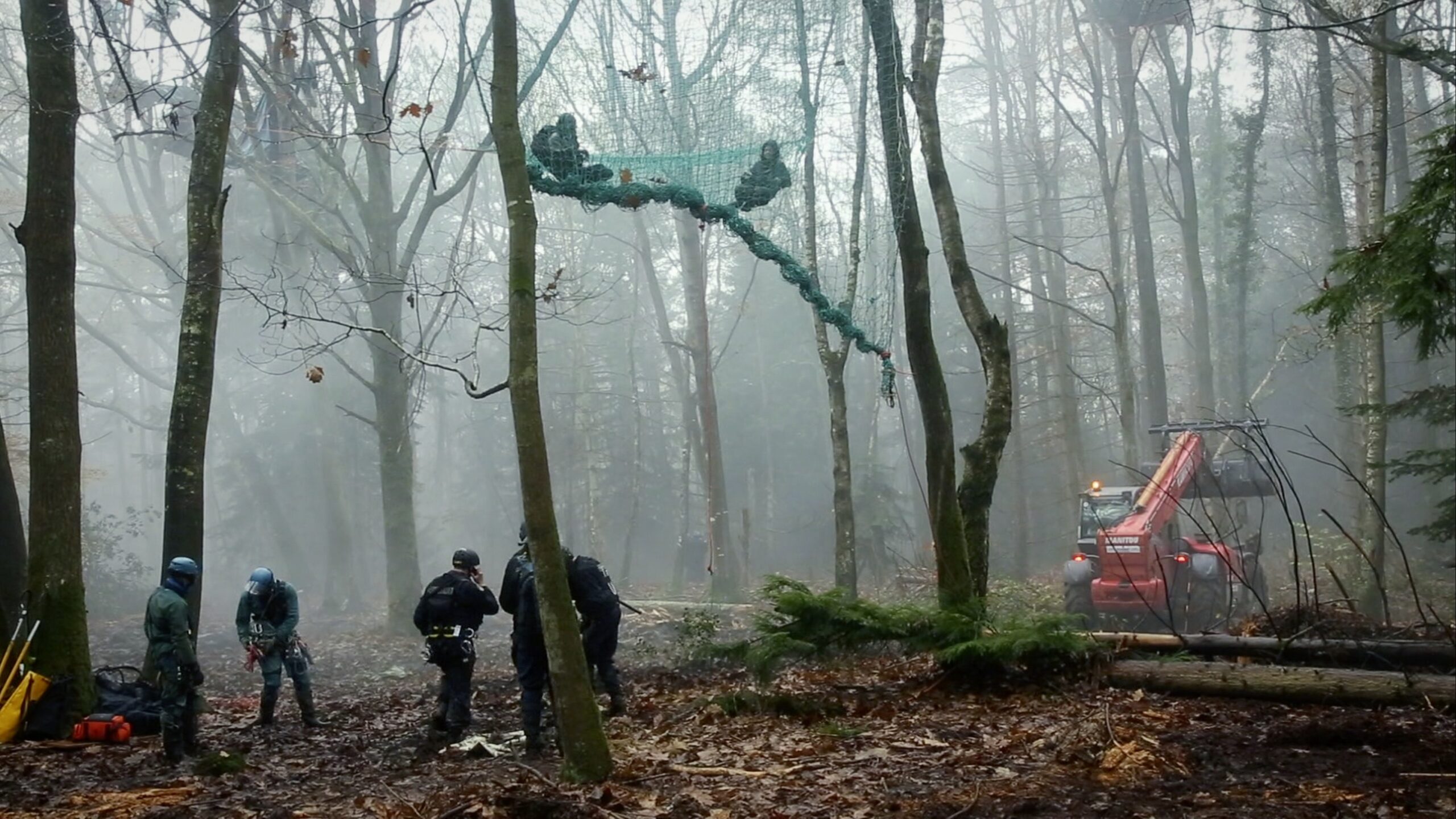 The film on the ZAD focuses on Europe’s largest autonomous territory, located close to Nantes in France. The ZAD (zone to defend) emerged from the struggle against a new airport. In 2012 the French state’s attempt to evict the zone was fiercely resisted by more than 40,000 people. The police have not set foot there since. Today 250 people in 60 collectives live permanently at the ZAD occupying the wetlands, fields and forests. The ZAD is a successful example of the way resistance and the creation of alternatives need to happen at the same time. While people take back control over their lives with self-organized bakeries, workshops, a brewery, medicinal herb gardens, a rap studio, weekly newspaper and a library, they hinder the construction of an unnecessary, ecologically disastrous airport project. The film is built around a group discussion with activists living at the ZAD.

Everything’s coming together while everything’s falling apart: The ZAD