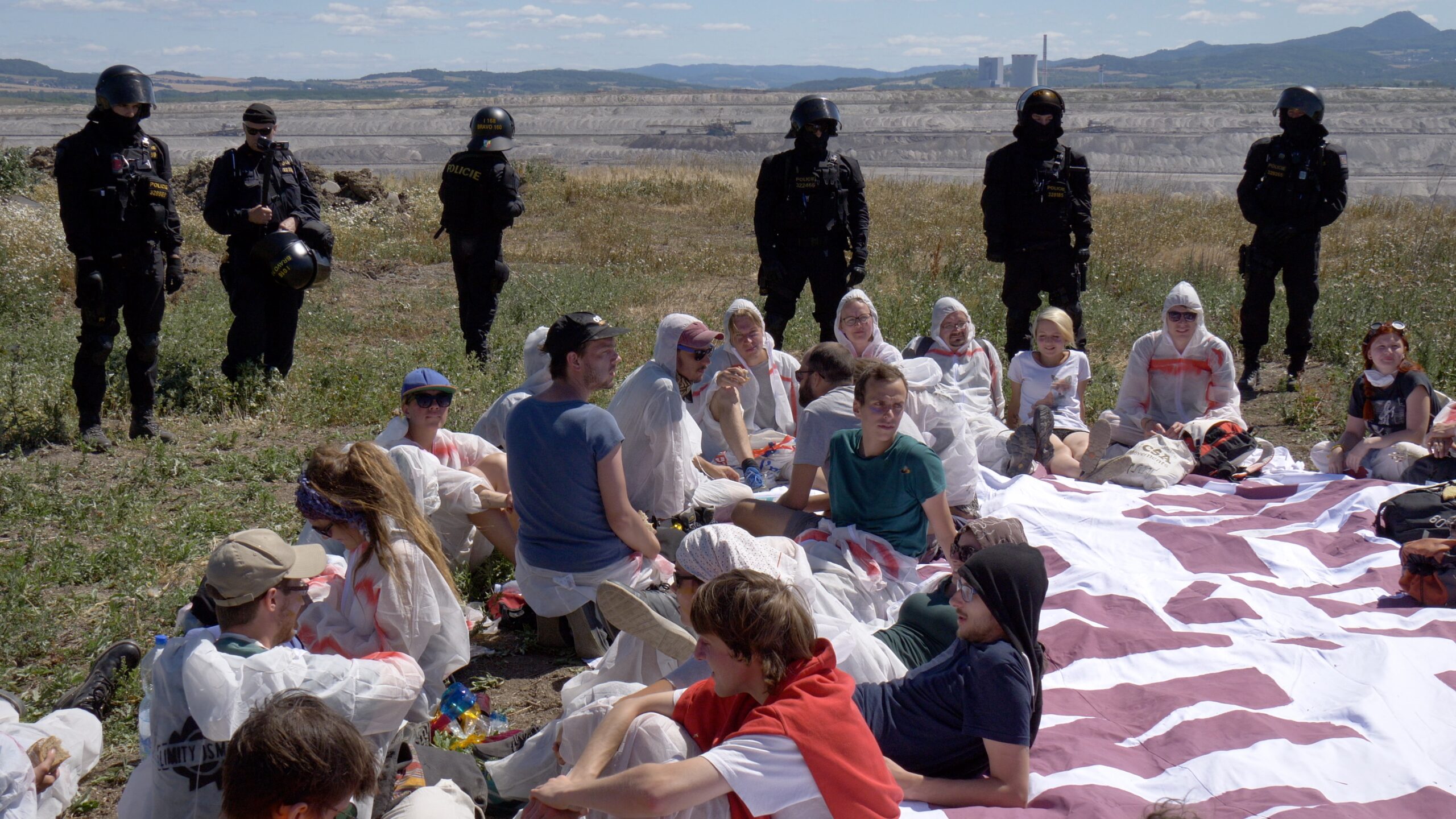 The fifth film leads us directly into the blockade of Bílina coal mine in Northern Bohemia in the Czech Republic. 280 of approximately 400 activists taking part were detained. The camera follows a group of activists awaiting deportation inside a police kettle, against the backdrop of a landscape defaced by lignite strip-mining. While the screen shows images filmed from inside a prisoner transport vehicle, we hear the voice of a semi-fictional character, reflecting on mass civil disobedience.

Everything’s coming together while everything’s falling apart: Limity jsme my