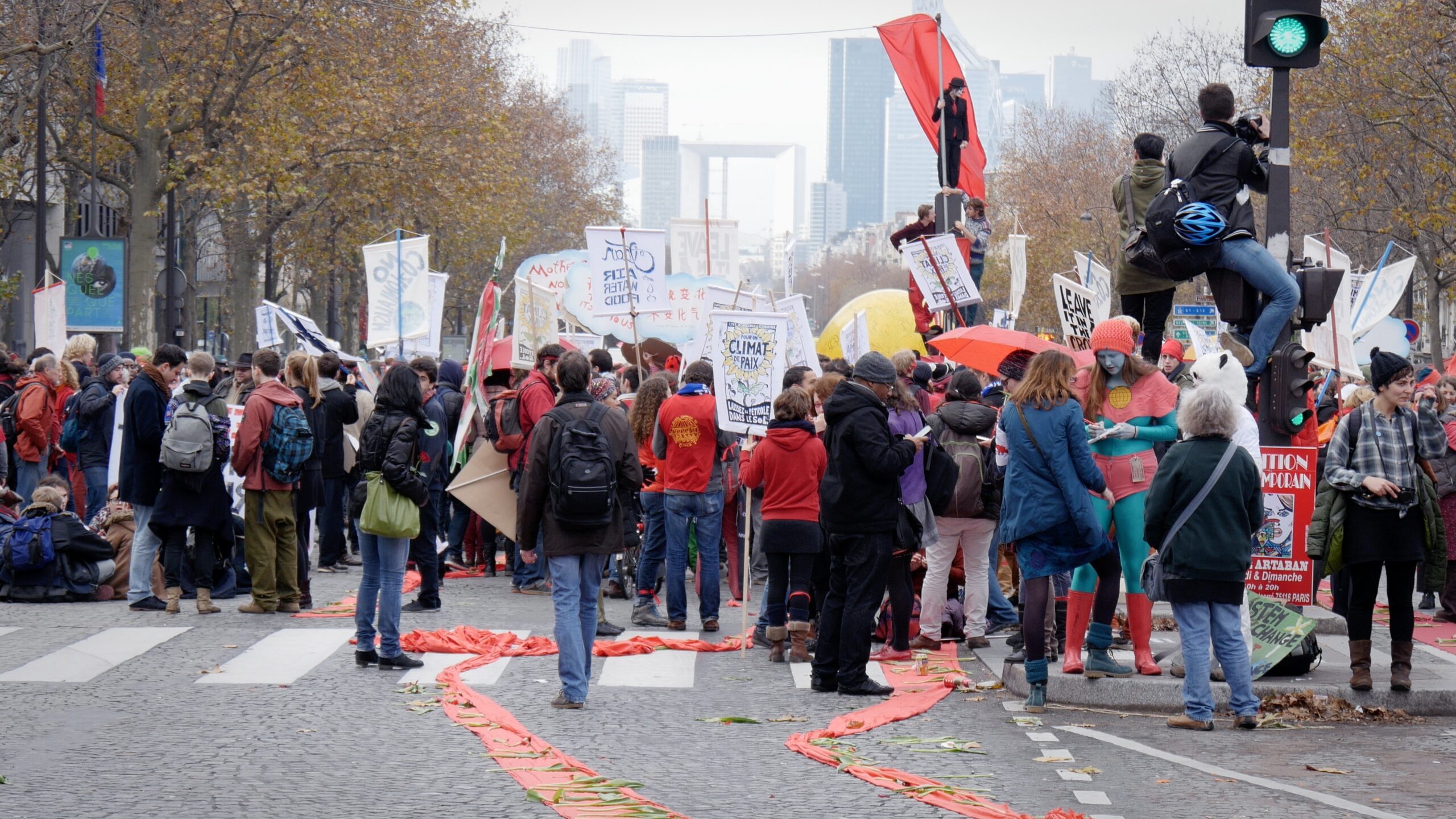 In the first film, activists contest the UN Climate Change Conference in Paris, a city then under a state of emergency (effectively made permanent by recent French legislation). Like twenty failed annual climate conferences before it, COP21 in Paris in 2015 proved the incapacity of governments to commit themselves to any binding agreement that would curtail global warming through a definite strategy for the end of fossil fuel use. The resulting Climate Agreement avoids anything that would harm the economic interests of corporations. The governments now pretending that non-binding agreements can hold back climate change are the same ones whose binding free trade pacts make dead letter of local environmental and climate legislation.