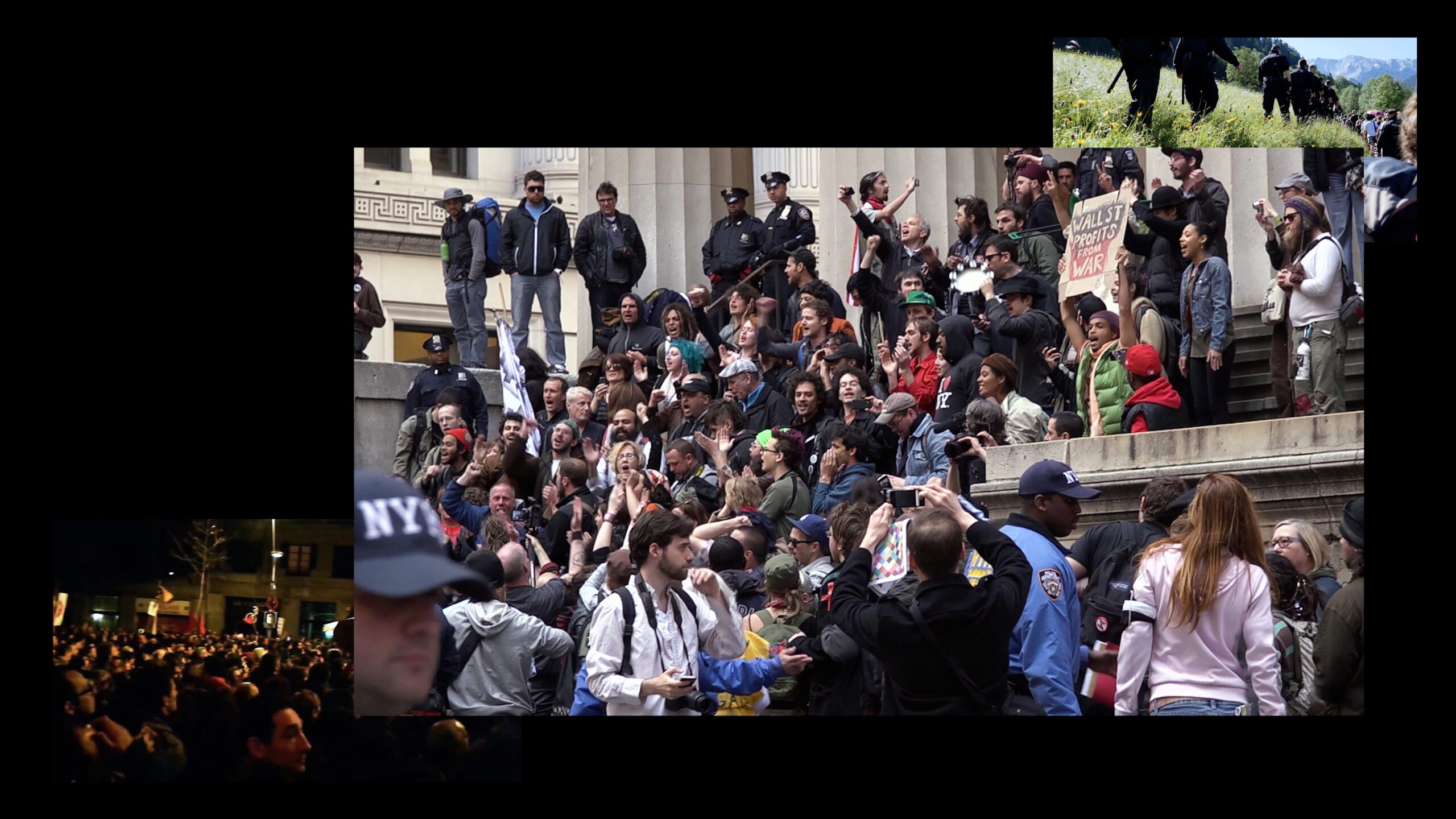 This short film consists of compiled video material from actions by Ende Gelände and Occupy, mobilizations against the G7, G8, and G20 summits, and other contexts. People perform the popular chant “A-Anti-Anticapitalista” at these demonstrations in various rhythms, speeds, and volumes, unfolding into catchy melodies. The chant has a collective, unifying effect, letting the participants’ contradictions and diverse political ideas to fade into the background. The film suggests that the success or failure of the climate justice movement will largely depend on its ability to forge alliances with other social movements.